Screw the Roses, Send Me the Thorns: The Romance and Sexual Sorcery of Sadomasochism 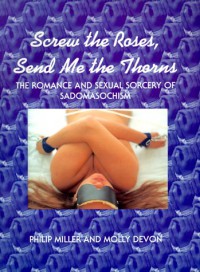 It's focus was on cis-gendered and heterosexual people. It also only focused on Male!Dominant and Female!Submissive, which is not always the case.

They claim that since they are cis-gendered, straight, white, male!dom and female!sub, that they could not write about others in the kink community- even though gay men started the scene. That's pretty lazy writing, because you could have researched or interviewed people. At least there was some acknowledgement for Queers* and POC and inter-racial relationships. Not the point though.